This multi unit villa would make an amazing FLIP or income producing property with 2 separate living spaces and a commercial space.

The main floor features 2 bedrooms with a detached kitchen. The upstairs has separate access and would make a perfect rental apartment with 2 more bedrooms.

The front of the property has a small commercial space that would be an ideal office space or storefront in this up and coming beachfront community!

In the back, you have plenty of green space to add a pool or large garden.

Camino Del Sol is seeing rapid development and NOW is the time to invest. This property is a 2 minute walk to the beach and will see maximum appreciation over the coming years.

SOLD This apartment is very spacious. Natural light bathes every… 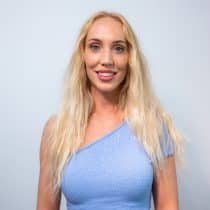